Centennial Chromagraph is a life-size representation of the history of the University of Minnesota School of Architecture. The project is an exercise in data spatialization: using computational design tools to generate formal and spatial constructions with large quantities of data—in this case, information sampled from the School’s 100-year history.

The project is both a sculptural installation, constructed within the central courtyard of Ralph Rapson Hall as a centerpiece for this year’s Centennial celebrations, and an applied research project exploring the possibilities of data-driven design. It embraces an aesthetic tension between didactic representation and atmospheric experience, both conveying information and producing abstract effects of light and color. In this regard, Centennial Chromagraph resists either quantitative or qualitative readings, instead oscillating between the two.

The installation consists of 100 robotically-routed plywood ribs, joined together with 8,080 colorful #2 pencils. The curvature of the ribs expresses major historical eras and periods of the School, while the color of the pencils reflects the changing composition of the School’s degree programs over its first century.

The design process began with a mapping analysis of the School’s alumni archives. Computational design software was employed to visualize this data, in relation to class sizes, degree types, and geographic locations of the School’s graduates through time. The data mapping yielded two primary design strategies: spatial and chromatic. First, the installation’s curved form is derived from broad ranges from the school’s history: the tenures of its leadership, the buildings it has occupied, and the colleges it has belonged to. This information, chronologically mapped and diagrammatically abstracted through superimposed curves, drives the installation’s overall form. Second, a more granular data set of degrees granted by the School drives the distribution of color throughout the installation. The chromatic logic allows one to read the evolution of the School’s degree programs through time. 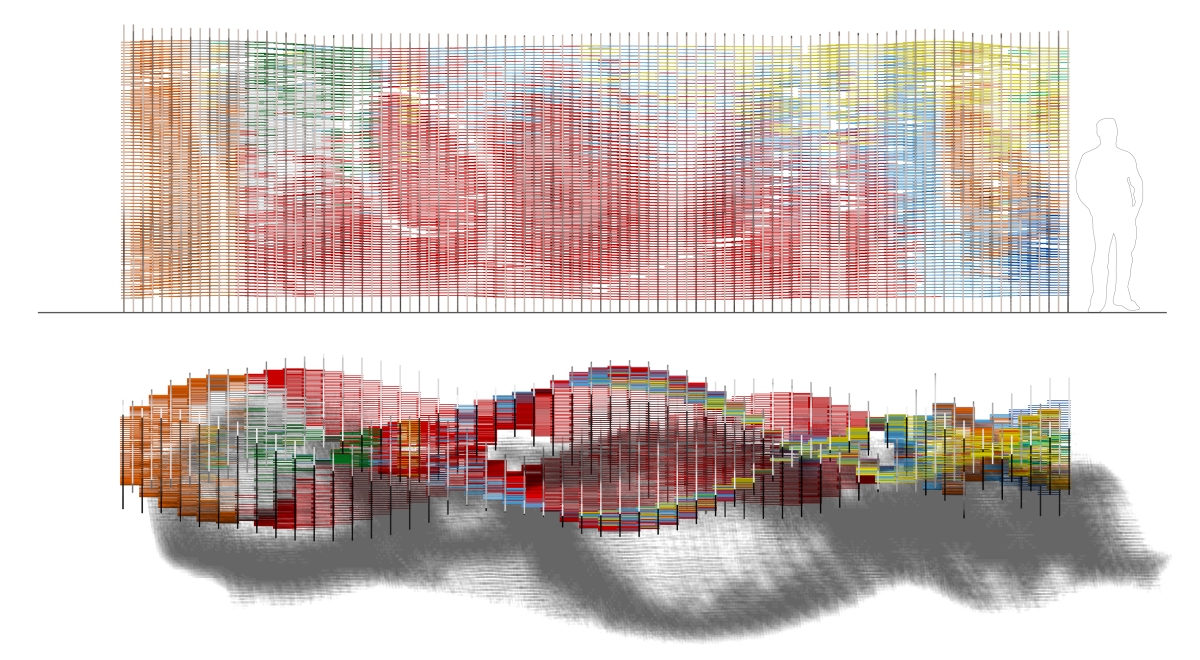 The project was fabricated and assembled over a ten-day period, in collaboration with a team of University of Minnesota School of Architecture students. The project is currently on display in Ralph Rapson Hall through spring 2014. 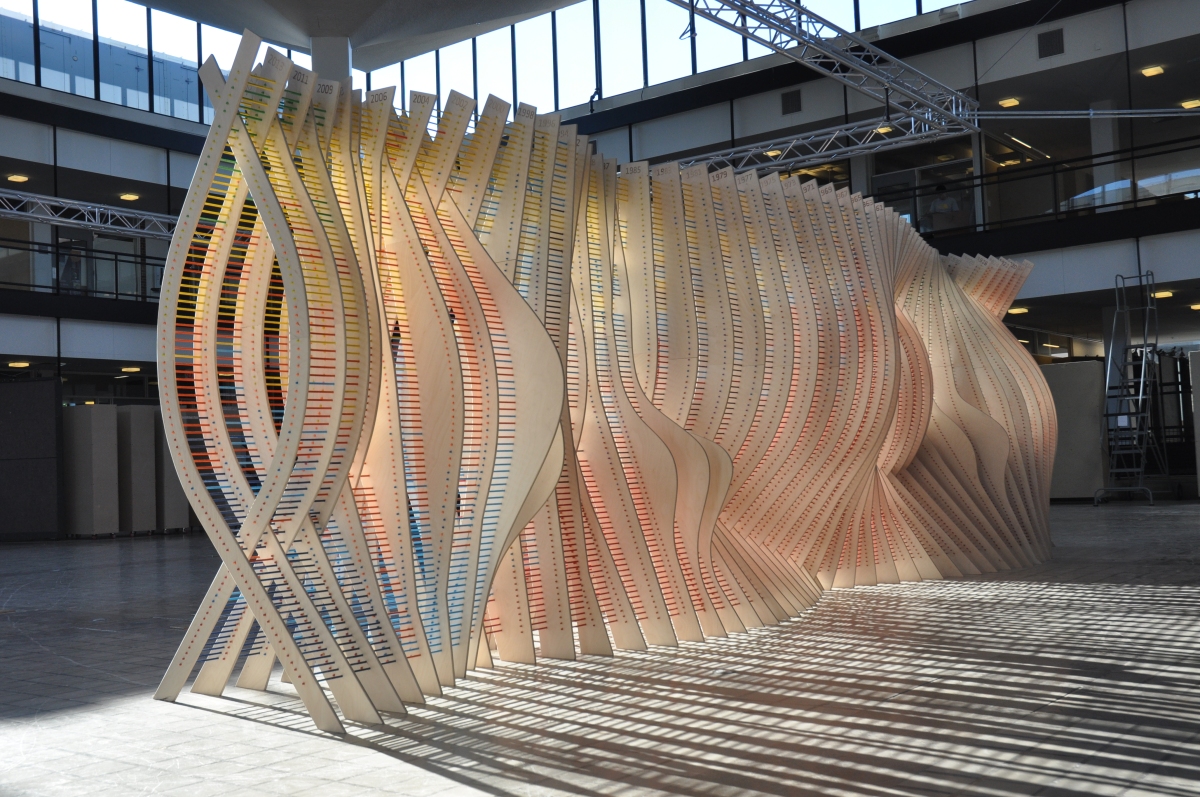